Community Link was chartered as a not-for-profit corporation by the State of Illinois in 1972. The agency provides a variety of services to individuals with disabilities, both adults and infants, and their families living in Clinton County and the surrounding areas.

Begun in Carlyle in 1971 as a satellite of the Kaskaskia Workshop, Community Link originally was a sheltered workshop and work activity center with twenty-seven participants and a staff of six. Program expansion and overcrowding led to relocation to Breese in 1982. A major expansion of the Breese facility was completed in 1988. In 1995, the Community Link opened a second facility housing administrative services, community services, 0-3 services, and production facilities. It also completed an extensive renovation of its developmental training facility. Community Link currently provides services to over 500 developmentally disabled individuals throughout ten local counties and employs over 150 staff.

Community Link's first group home was founded in Carlyle in 1981. In 1985, a two-story Victorian home was purchased in Germantown, Illinois, and the six residents moved from the rented Carlyle home. In July of 1997, Community Link purchased a ranch-style home near downtown Carlyle and founded its second group home. In August of 1999, the agency expanded services to Madison County and opened a group home in Highland. In order to provide a more accessible home for the aging residents residing in Germantown, the two-story Victorian home was sold. In March of 2000, residents moved into a spacious one-story home. In April of 2001, the agency opened its fourth group home in Breese. In November of 2004, Community Link opened its fifth group home, a spacious ranch-style house in a subdivision in Aviston. In the spring of 2008, a sixth, eight-bedroom home was opened on Sixth Street in Breese. In 2012, a seventh, four- bedroom home was opened on 12th Street in Breese.  In 2017, an eighth, eight-bedroom home was opened in Trenton.

Community Link has always been an innovator in the service delivery system in Southern Illinois; it was among the first to provide home-based infant stimulation programs, small group homes, and programming for severe and profound intellectually functioning adults. Present programs include the Adult Programs (including day training, production work, and residential services), and Infant Programs (Early Intervention and Early Head Start). 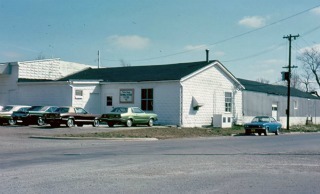